Here are the first images from Day 1 on the set of the genre shocker. 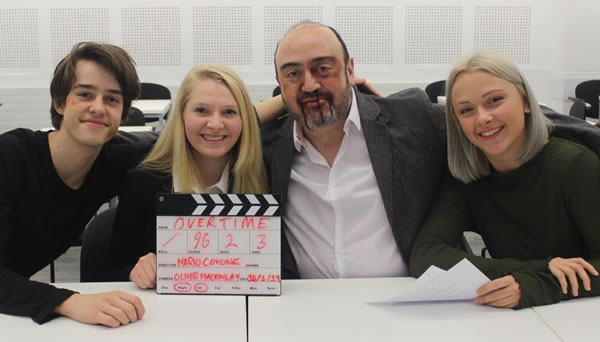 And here are some of the principle cast on the first day of the shoot on location at a school in Ipswich, Suffolk. From left to right: Jack Clark, Pippa Haddow, Chris Spyrides and Bethany Rumbellow. 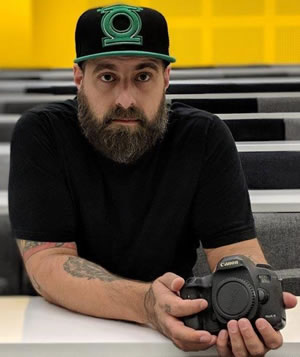 OVERTIME centres on Nathan (Chris Spyrides), a teacher working late into the night at school, seemingly alone. But a presence is watching him from the shadows. Stalked through the winding corridors and trapped within, a sinister secret holds the key to his survival.

No stranger to political subtext within his work, Covone’s movie, which he has also written, explores the real-world issues of violence in schools, and the dangers of media scaremongering, whilst maintaining a traditional horror backdrop with twists aplenty.