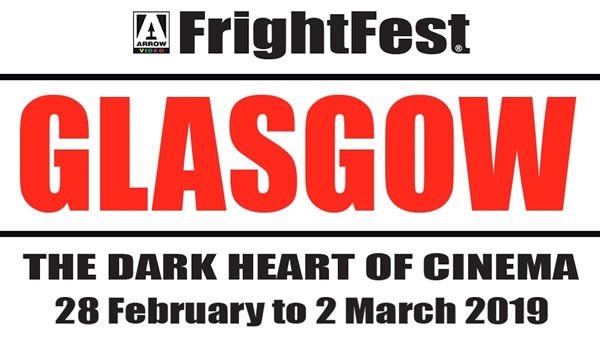 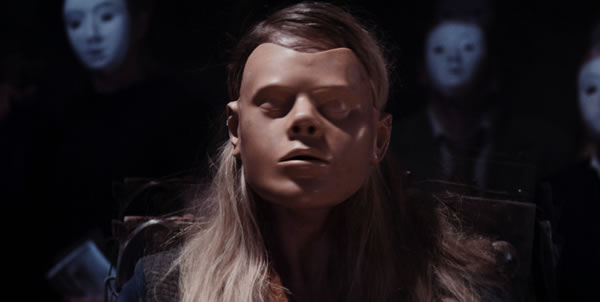 Presenting a stunning and resonating two days of trauma, terror and tantalising thrills, this year’s line-up, once again housed at the iconic Glasgow Film Theatre, embraces the latest genre discoveries from around the world, spanning four continents, with two world, two European and six UK premieres.

Alan Jones, FrightFest co-director, commented: “Currently at its most vibrant and popular, the horror fantasy genre is constantly garnering critical acclaim, pushing boundaries and asking tough questions of audiences by reflecting relevant political and social issues. The genre isn’t just about escapism but a key tool to make sense of the chaos and confusion swirling around our everyday lives and FrightFest has known this for 20 years now, so it’s fantastic the rest of the world has finally woken up and smelt the coffins.” 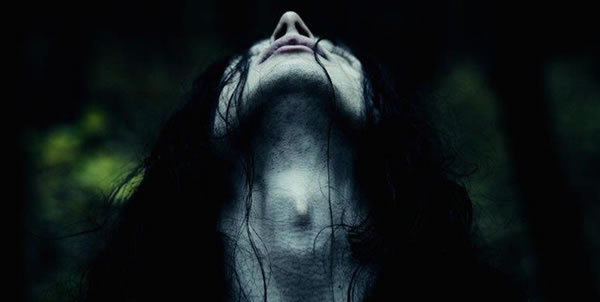 The bloodiest of violence and the heaviest of Black Metal make for an incendiary mix in LORDS OF CHAOS, FrightFest’s special Thursday night presentation, courtesy of Arrow Films. This is a shocking, true to life portrait of the band ‘Mayhem’ who were at the vanguard of the underground Norwegian music scene in the late 1980s.

We have lift-off on Friday with the UK premiere of LEVEL 16, a skin-crawling dystopian thriller by up-and-coming director Danishka Esterhazy and the first of three Canadian entries. This is followed by the European premiere of THE DEAD CENTER. Billy Senese’s acclaimed slow-burning indie creeper, co-produced and starring Shane Carruth (Primer, Upstream Colour). Next up is the World premiere of HERE COMES HELL, described as ‘Downton Abbey meets The Evil Dead’. So be prepared for caviar, cocktails and plenty of carnage in Jack McHenry’s debut pitch-perfect horror comedy. Jack and the main cast and crew will be in attendance.

The 8.30pm presentation is the UK premiere of Adrián García Bogliano’s BLACK CIRCLE. The celebrated South American auteur returns with a hypnotic supernatural nightmare starring Swedish exploitation icon Christina Lindberg. Lindberg was Quentin Tarantino’s inspiration for the Bride in Kill Bill through her startling role in the 1973 Scandinavian cult classic They Call Her One Eye and we’re pleased to announce that Christina will be with us, alongside one of the film’s producers, Rickard Gramfors.

Rounding off the evening with an irresistible dose of sex, drugs, rock ‘n’ roll and humungous insects is the UK premiere of Ron Carlson’s DEAD ANT. This is Spinal Tap meets Them! in a fabulous blast of creature feature horror hilarity.

Getting the Saturday programme off with a mighty splash is the UK premiere of Perry Blackshear’s expressive and atmospheric mermaid terror, THE RUSALKA. It is hoped that the They Look like People director can make it to Glasgow. This is followed by the World premiere of AUTOMATA. FrightFest has been proud to support the work of Scottish auteur Lawrie Brewster through The Unkindness of Ravens and The Black Gloves. So we are delighted to present his latest work, a subversive, brooding Gothic chiller. Lawrie, writer Sarah Daly and the cast will be in attendance. As will Søren Juul Petersen, the director of sizzling Danish shocker, FINALE This will be the UK premiere of’ Peterson’s dark exploration of deviant sexual fantasy.

The evening programme kicks off (literally) with I Saw the Devil writer Hoon-jung Park’s Korean smash hit THE WITCH PART 1: THE SUBVERSION, which reinvents the action genre in thrilling and chilling ways. Following this is the much anticipated UK premiere of FREAKS, Zack Lipovsky and Adam Stein’s genre-bending psychological sci-fi thriller, which is laced with energy, innovation and imagination. The film is made even more memorable by some fiercely brilliant performances, including a rejuvenated Bruce Dern. The directors are hoping to attend. 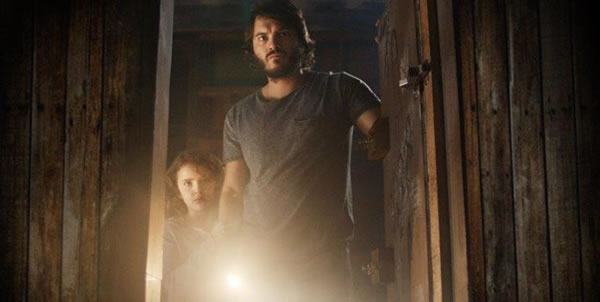 This year’s feast of fearsome fancies ends on a horror comedy high with the UK premiere of spooky spoof THE HOARD, the latest from the talented team behind Pontypool and The Hexecutioners.

FrightFest Passes are £75 and available from noon on Mon Jan 14, 2019. Passes cover all films on Fri 1 March and Sat 2 March ONLY.

The loud, up-tempo, Satanic hard rock genre reached its height of expression in Norway in the late 80s when the band Mayhem took the bleak movement to extremes of arson and murder to prove themselves its most authentic adherents. Filtering the explosive psychology of adolescent angst through horror movie aesthetics, this incredible true story of head-bangers who really lost their minds is an unrelenting trip through the minefields of clique and celebrity at any danger or cost.

Sixteen-year-old Vivien feels trapped in The Vestalis Academy, a prison-like boarding school, keeping to herself and sticking her neck out for no one while being indoctrinated in the feminine virtues of cleanliness, obedience and sweetness. Until she is reunited with Sophia – the former friend who betrayed her – who has stopped taking her prescribed medication and now has so many questions about their clearly rundown institution. Together the girls embark on a dangerous search to uncover the horrifying truth behind their submissive incarceration.

An unidentified suicide victim has come back to life in Metro General Hospital morgue. Medical examiner Edward Graham knows the John Doe’s real name but has no idea where the reanimated body went. Psychiatrist Daniel Forrester can answer that question since a catatonic amnesiac mysteriously turned up in his ward, except he doesn’t know he’s the missing, previously dead man Unaware they are separately unravelling the same strange case, the two professionals enter a mind-bending shock corridor of supernatural suspense and macabre moodiness.

THE OLD DARK HOUSE style mystery thriller gets an affectionately murky makeover in director Jack McHenry’s Agatha Christie-meets-Lucio Fulci feature debut. In stunning Black & White, with cut-glass British accents and a dodgy American in the cocktail party mix, a sophisticated 1930s soiree at an isolated country mansion descends into carnage, gore and demonic possession as rivalries and old friendships are put to the test when a gateway to Hell opens up.

When her sister Isa recommends she listen to the B-side of an old 1970s vinyl album she swears changes lives, Celeste is sceptical to say the least. But deciding to go along with Isa’s request she plays the ‘Magnetic Hypnosis’ record just as slumber hits only to realise she has released a ghostly doppelganger desperate to replace its original.

The 1989 ‘one-hit-wonder’ glam-metal band Sonic Grave embark on a trip to the No-chella rock festival with their long-suffering manager in the hopes of a comeback. Making a detour to Joshua Tree to score some peyote, their carefree psychedelic pit stop soon upsets the balance of desert nature and they find themselves fighting an army of flesh-eating ants. Worse the antsy bugs keep increasing in size as the band hurtles towards their last desperate gig.

Tom falls in love with a mysterious woman who swims in a lake at night where far too many people have recently drowned. Drawn to her almost immediately upon arrival at his holiday cabin, he must deal with the man out to revenge his late wife’s ‘accidental’ death. Unfolding in quiet restraint but with an ever-deepening intensity that explodes in an outburst of violence and monstrosity, Blackshear’s tale of doomed star-crossed lovers is a wonderfully elegant nightmare.

Antique expert Brendon Cole is summoned to authenticate a 300-year-old clockwork doll with a notoriously dark history known as The Inferno Princess. In the remote Highlands mansion where it has recently been uncovered, Brendon soon finds himself the victim of the automaton’s legendary curse as the malevolent forces surrounding it are terrifyingly awakened.

Denmark has reached the finals of the European Championships and everyone is glued to their TVs. The small petrol station on the edge of town is yet to open. This is where Agnes, on her final shift, before heading to Germany to start a new life, and Belinda work. They’re hoping for a quiet night but they have been chosen as players in a gruesome game and no customers means no witnesses.

A government experiment to augment certain children with superpowers ends in bloody massacre. But Koo Ja-yoon escapes to become a simple farm girl trying to help her adopted family through financial hardship. An appearance on a TV talent contest for prize money blows her cover, putting her once more in the sights of the sinister organisation responsible for her undercover plight with devastating, shocking and spectacular results.

Seven-year-old Chloe never leaves her ramshackle suburban home unless under the watchful eye of her paranoid father. Instead, he trains his daughter to adopt an assumed identity if she’s ever separated from him, or to hide in a well-provisioned panic room if he should not return from one of his infrequent forays outside. However something clearly isn’t quite right with this weird family dynamic and Chloe is determined to find out what exactly lies outside the door her father is so frightened of.

The ultimate reality show turns into a deadly nightmare, as a crew of TV personalities, including a professional organiser, a psychologist, two ghost hunters and a team of junk removers attempt to reform a legendary hoarder who owns four condemned and haunted properties. It’s the pilot episode for their comeback series ‘Extremely Haunted Hoarders.’ What could possibly go wrong?