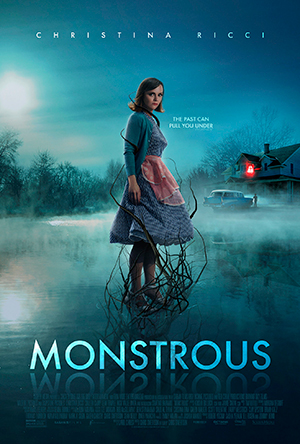 MONSTROUS, a unique supernatural thriller, starring Christina Ricci and directed by Chris Sivertson (I Know Who Killed Me, All Cheerleaders Die), will be unleashed in the UK on Monday 11th July, courtesy of Koch Films. It will be available to download via Sky Store, Virgin Movies, Apple TV / iTunes and Amazon, as well as Google Play and Xbox.

Synopsis: A terrifying new horror awaits Laura (Christina Ricci) and her seven-year-old son Cody (Santini Barnard) when they flee her abusive ex-husband and try to settle into a new life in an idyllic and remote lakeside farmhouse. Still traumatised, their physical and mental well-being are pushed to the limit as their fragile existence is threatened by something monstrous in the lake….

Director Chris Sivertson commentated: “Monstrous is a mashup – supernatural horror, 50’s period piece, family drama, creature feature, psychological thriller – but above all it’s a character study”. He adds: “It’s impossible to talk about Monstrous without talking about the sublime Christina Ricci. A phenomenal performer, she carries the movie on her shoulders every step of the way. She evokes deep empathy for a single mother who’s trying to keep her world from crumbling to pieces”. 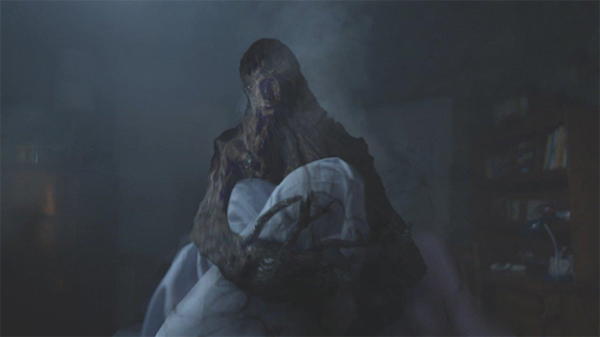