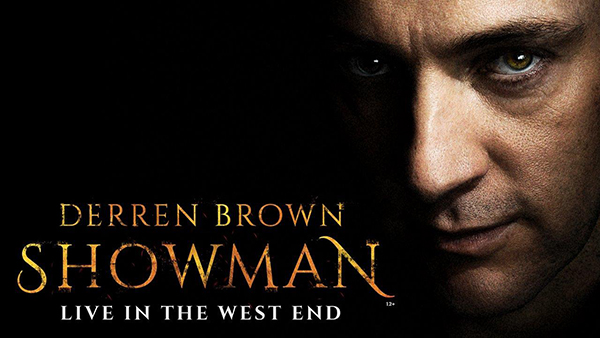 ★★★★★ I’ve never watched anything so captivating, mesmerising and utterly flabbergasting in my life. He truly is The Greatest Showman”

The multi award-winning acknowledged master of psychological illusion returns to the West End stage for the first time in four years. SHOWMAN, his new, interactive one-man show, has received the most off-the-chart reviews of his career.

Fresh off a universally acclaimed 155-date national tour, which ends in October, Brown brings his unique brand of uplifting magical genius to the Apollo Theatre, Shaftesbury Ave, from December 9 2022 – March 19 2023. There will be seven performances each week, including Sundays.

SHOWMAN is Brown’s most personal show to date. The contents remain undisclosed but he has revealed: “The heart of the show is about remembering what’s important. Particularly how the very things that we find most isolating in life – our fears and difficulties – actually connect us, in that they’re the very things we share. Framed, of course, with some extraordinary demonstrations of my particular voodoo”.

Tickets go on sale from Friday 24 June and there is also an opportunity to sign up for priority booking at www.derrenbrown.co.uk

Derren’s live shows have won him two prestigious Olivier Awards – for Something Wicked This Way Comes (2006) and Svengali (2012) and he has won and been nominated for more Olivier awards than any other one-man show in theatre history. He has played to sold-out houses across the country every year since 2003 to over 1.6M people. Previous shows, Infamous, (2013, 2014), Miracle (2015, 2016) and Underground (2017, 2018) have also enjoyed critically acclaimed seasons in London’s West End. In 2017 he made an award-winning US stage debut at the Atlantic Theater in New York with Derren Brown: Secret, which won the 2018 Drama Desk Award for Unique Theatrical Experience and transferred to Broadway, enjoying a packed season at the Cort Theatre, until Jan 2020. It is currently Broadway’s longest running one man magic show. Showman, Derren’s biggest tour in 20 years, began in 2021 and continues until Oct 29 2022. 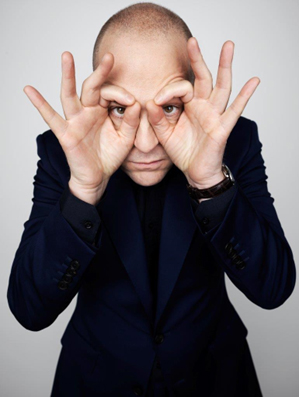 All tickets include a restoration levy.