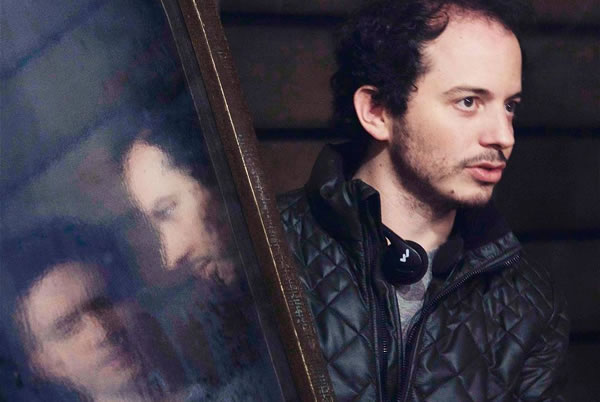 Q: PARALELL is the first film you didn’t write yourself (Scott Blaszak did) but it feels so like one from your heart – dealing with the ramifications of identity, life-shattering decision-making and the possibilities of an endless universe as also explored in THE INCIDENT and THE SIMILARS?

Yes, that its right, I had many firsts on this one: first movie in English, first movie outside of my country with a completely new crew, first studio film, first film in Canada, and first film I didn´t write, and all those firsts added up to an amazing experience. After THE INCIDENT and THE SIMILARS, I really had the curiosity to do sci-fi in English, and also of doing a film I didn´t write, of jumping on board someone else´s story and bring my vision and style to it. I read many scripts and suddenly I read PARALLEL and I was like – HOLY SHIT!!! I NEED to direct this movie! My vision was to create a FLATLINERS meets THE SOCIAL NETWORK, a movie that would feel both serious and fun, both sci-fi and drama, both classic and very modern, and that was in the script.

Q: It’s your first film in the English language, did that cause any problems for you?

Not at all. Luckily my English is good and it almost felt like directing in my own language.

Q: Georgia King (TORMENTED) is one of FrightFest’s favourite actors. Why did you cast her? And how did you manage to get such Hollywood royalty as Kathleen Quinlan involved?

Georgia is a force to be reckoned with! I needed an actress that could convey that strength, smartness and also beauty and innocence that Leena has and it was amazing to find Georgia for the role. It’s also a role that has some comedy to it and I liked her comedic background. For that opening role (its kind of our Drew Barrymore on SCREAM), we wanted an older actress, one that had a lot of experience and a name people could recognize. Kathleen was amazing to work with. I simply could not believe I was working with an Oscar nominated actress… she was great, so professional and talented.

Q: PARALELL is essentially a sci-fi fantasy but its serious intent is being more an exploration of the ethics of manipulating destiny?

Exactly, on one hand it’s a great, mind-blowing story where we touch the tip of the iceberg regards the ramifications of parallel universes and such, and a classic sci-fi story of playing with fire – a classic fable of characters finding a special power and playing with it a bit too much, As a metaphor on ambition it resembles films like SHALLOW GRAVE, CHRONICLE, FLATLINERS, PRIMER, but is a sci-fi version,

Q: There are some terrific alternate universe touches like when Josh comes across a DVD copy of a ‘Frankenstein’ remake starring Ryan Gosling and Emma Stone! You must have had fun with those?

Yes, we had a lot of fun with all that! We had stories of parallel universes before, but never through the world of intellectual property, art, gadgets, ideas you can steal, etc.), and I like how the film is mainly about these four guys who belong to the new generation of entrepreneurs that want to be the next Mark Zuckerberg or Steve Jobs, so, the premise is, what if one of those guys would find this infinite portal to infinite ideas? And that’s mainly what the film is about.

Q: What FrightFest liked most about PARALLEL is that it’s a very compelling character study beyond it progressing from the comedic to the horrific. Was that always your intention?

Yes, completely! I´m happy you say that because, for me, the film is more a character drama than a sci-fi film, and all those movies I mentioned we had as reference are all like that, great character explorations! The ramifications of the relationships between the four characters are really interesting (each has a very special relationship with the other), and those are my favourite sci-fi movies, the ones that explore human metaphor, which, in PARALLEL, is human ambition, this great force that makes us so strong, and that can also destroy us.

Q: You shot the movie in Vancouver, how was working in Canada and out of your Latin American comfort zone?

It was an amazing experience working in Vancouver. I love the city (I want to live there) and the producers had a great vision of bringing a DP from Toronto, a director from Mexico, an actress and an actor from the UK, an actor from Sweden and an actor from Canada and put them all together in the same building. We had a lot of fun together.

Q: Are you still involved in Sony’s plan of bringing Dan Simmons’ acclaimed horror novel ‘Summer Of Night’ to the screen?

Yes, still involved and very excited about it. It’s moving slowly, as development is always complicated when adapting such a long and complex novel, but I know we will get to it soon enough! Very excited about that project.

Q: You are also in the business of film exhibition and are one of the founders of the Autocinema Coyote, the first Drive-In Theatre to open in Mexico City for over 30 years. Are you essentially making the sort of movies you want to see playing in such a classic venue?

That’s a great question… originally yes, that was the idea, although we now play all kinds of stuff as its one of the only theaters in the world where the audience choose the programming. We also opened the Drive-in to give back that experience to the people, and because it’s something we never had…

Q: Your 2010 short NASTY STUFF prompted fellow Mexican director Guillermo del Toro to say he was impatient to see you tackle a feature film. What do you think he would say now after you actually making three?

I have met him in person. He´s an amazing human being and an amazing director, and I’m trying to learn from him on both ends. I know he has seen my first movie THE INCIDENT and really liked it, gave me a quote for the poster and all, and has always supported me and knows of what I´m doing. I would love to work with him one day.