Horror Channel gets beastly in March with Creature-Feature season 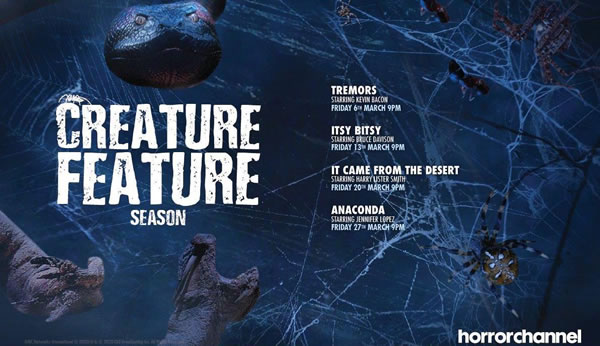 Kevin Bacon stars in this revved up monster movie made with an enthusiastic nod to classic 1950s monster flicks. Two handymen must battle giant carnivorous sandworms that threaten their small Nevada town. The eccentric and resilient townspeople must do everything in their powers to survive this new menacing species.

Kara (Elizabeth Roberts), a single mother struggling to raise two children in New York City, receives a job offer to work as a private nurse in the mid-West. At first things seem normal enough, but what Kara doesn’t know is that doom preceded their arrival in the form of a mysterious ancient relic. And, if her family are to survive the horrific nightmare now lurking in the shadows, they will need to confront their deepest fears and personal demons.