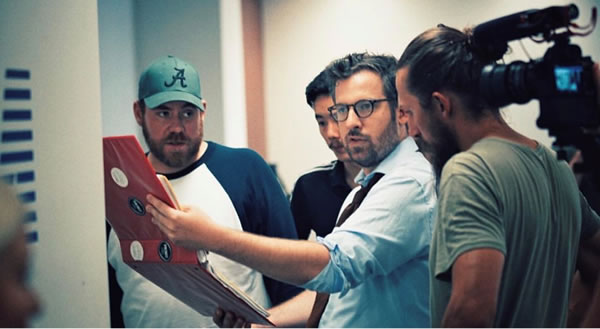 Tyler Cornack (centre) on the set of BUTT BOY

Is it true that BUTT BOY started life as a sketch on your Tiny Cinema comedy channel?

Yes, it started out as a very simple sketch about a man who goes to the doctor to get a prostate exam, and begins to get addicted to the feeling. It was always one of our favorite sketches because we found an interesting horror-esque tone. We also realized eluding objects with just a blank stare is just a joke where the punchline can grow through visuals. The first twelve minutes of the film is a very similar rhythm and tone to the original sketch.

For those who have yet to see it, how would you describe the film?

I understood from the beginning of writing the screenplay with Ryan that the movie was going to be very hard to explain to people. But I feel that I am getting better at it. Here goes nothing:

It’s a classic cat and mouse thriller but centered around a joke. The entire film takes one little joke and then plays it as straight as an arrow. It never apologizes or backs out of the bit. A man is stuck in a redundant and stale lifestyle, he goes to get a rectal exam and his whole life changes. He becomes addicted to putting things up his butt. Objects turn into animals, and animals turn into children, children turn into adults. As the things get bigger his Butt gets stronger. A detective who is also dealing with his own addiction comes along and begins to put the pieces together. It’s sort of our weird messed up version of a comic book movie. A Fincher- esque cat and mouse game, with a little Pinch of Butt. 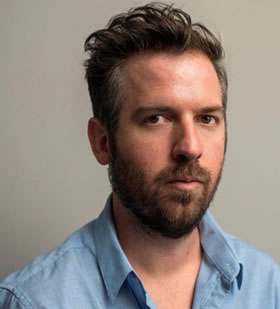 I acted in the original comedy sketch so I think it was organic for us to write it around that. I don’t love acting nearly as much as directing. However, I really enjoy making people laugh and the choice came very organically. To be honest I barely remember acting in the film. I was thinking so much about the edit in my head and getting everything right logistically. I think it actually worked well though because he’s sort of this guy stuck in his own head. I don’t think I will ever write a large role for myself ever again, but I’m really glad I got to do it in this movie.

The tone of the film is very interesting. The central premise feels like a playful joke but everyone plays it dead straight. How did you achieve that fine balance between satire and gritty realism?

As I said before, the original sketch really made tone easy to build upon. But we wanted to make something new that you haven’t seen. Something you will walk away from and kind of be like what the hell did I just experience? But also have pulpy movie tropes and homages you have seen before. As far as the balance goes with the comedy, we cut many scenes out because they felt too funny. It took you out of the story. I always say it’s like the opposite of “Airplane”. In Airplane the characters are in a very serious situation of a plane going down but the movie is filled with jokes. In Butt Boy, the situation is the joke, but it’s played very seriously. It’s like listening to a good Norm Macdonald joke, and I truly think we deliver with the punch line in the end.

Tyler Rice is magnificent as the investigating police officer. How did you cast him?

He is one of my favorite actors in Los Angeles. Since the moment I met him I have been trying to write things for him. We met years ago when I was casting for a short film. He’s a pretty serious actor that I love to see in comedy stuff. It cracks me up how into it he gets if that makes sense? I love seeing him on screen. He’s got one of those faces that belongs in movies. He’s a super hard worker and puts 110 percent into everything he does, and what director wouldn’t want that from an actor?

Addiction is at the heart of the story. Were there any real-like experiences that you drew upon?

Not to sound like a pretentious nightmare, but I think we all have addictions. Luckily, I personally haven’t had any that are toxic enough to ruin my life. But I have had and continue to have people in my life that struggle with substance and stuff. You take things from personal experience and from others around you I think. 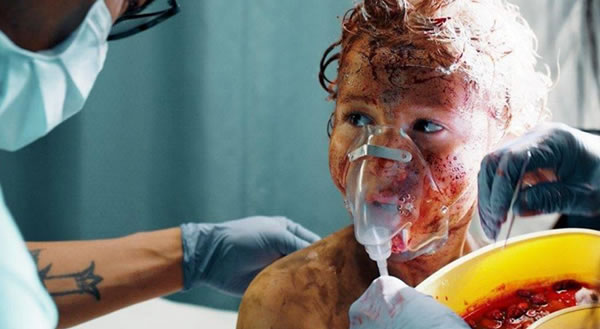 Where did you shoot the ‘Colon Cave’ and why did you decide to go down a fantastical route?

We shot that over near Beachwood Canyon at the Bronson Bat Caves. I spent years hiking and brain storming up there. It was the cave from the old Batman series with Adam West. Shooting there was the most grueling but by far my favorite part of the shoot. It was 115 degrees in the dead of summer. We would shoot until five am. All the sweat you see is real. It was super intense and exhausting but I think it was the best time of my life. It felt so magical to me. We knew from the beginning we had to take it there in the story. It’s a slow build into this huge thing. I always love third acts that take it there…

Were you ever tempted, or put under pressure to change the title?

Many people definitely told us too, but it was always the kind of people that love to hear the sound of their own voice. They give opinions based on zero experience or fear of something being different or out they’re comfort zone. It’s been nothing but good for us so far and has created nothing but attention and discussion for the film. We love it.

What do you hope audiences will take away from the film – apart from inspiration for some new Butt jokes?

We hope that people walk away feeling that they saw something that they have never seen before. We never set out to make something predictable. We wanted to hit new territory and we hope viewers can see that. We want people to think it’s ridiculous because it is. We want you to laugh, and enjoy our little weird ride.

I am currently finishing up two more screenplays and we are about to shoot a TV pilot based on our comedy channel ‘Tiny Cinema’ on Instagram. It’s sort of little extensions of what we did with the movie but with different jokes.