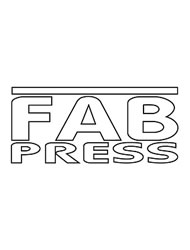 FAB Press is an independent publishing company that has been serving film fans since 1993, issuing a library of titles that cover all the important directors and movie genres of interest to cult connoisseurs.