Leroy Kincaide’s directorial debut is set to chill hearts in the UK with streaming release from Mon 4th April, courtesy of Koch Films 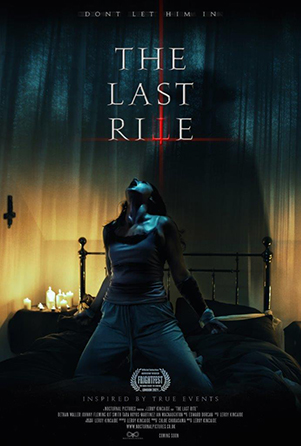 THE LAST RITE, the stunning feature debut from ex-Undertaker and professional wrestler turned filmmaker, Leroy Kincaide, will be released in the UK on Monday 4th April, courtesy of Koch Films. It will be available via Sky Store, Virgin Movies, Apple TV / iTunes and Amazon, as well Google Play, Rakuten TV and Xbox.

The supernatural horror stars newcomer Bethan Waller as Lucy, a medical student suffering from sleep paralysis, soon after moving in with her boyfriend. She finds herself plagued by a demonic entity, hell bent on ripping her apart. With time running out and the dark force consuming her from within, Lucy is left with no alternative but to seek help from a local priest, But Father Roberts has a dilemma – does he obey orders or help Lucy by conducting his own exorcism against the will of the church?

Leroy said today: After an incredible world premiere at Frightfest last year, I am thrilled that Koch Films are releasing my debut movie in the UK after a very anticipated wait.

The inspiration for the film came from Leroy’s own experiences of sleep paralysis and paranormal experiences as a child, plus he drew on his passion of horror movies from the 80s and 90s. His directorial talents were recognised by Screen International, when he was nominated for their 2021 Genre rising Star Award. 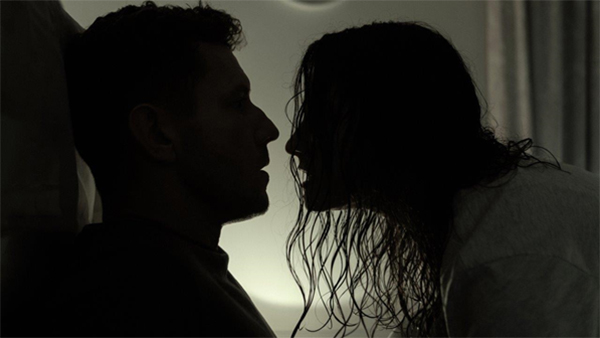 THE LAST RITE is written, directed, edited and DP’d by Leroy Kincaide. It is produced by Kincaide and Chloe Chudasama and the cast includes Bethan Waller, Johnny Fleming, Kit Smith, Tara Hoyos–Martinez and Ian Macnaughton.

Koch Films, is an independent film and home entertainment distributor and a subsidiary of Koch Media GmbH which was founded in 1994. The group is a leading marketer of games, films and software products.  Koch Media GmbH maintains offices in Germany, Austria, Switzerland, United Kingdom, France, Benelux, Italy, Spain, Scandinavia, Poland, the Czech Republic, as well as subsidiaries in the USA and Australia. In February 2018 Koch Media became part of the Swedish Embracer Group.