Interview with Megan Maczko, star of THE NINTH CLOUD

As THE NINTH CLOUD is released in the UK, lead actress Megan Maczko discusses her passion for voicing video games, working with Tom Hanks, the hazards of auditioning and the challenges of being an American living in England. 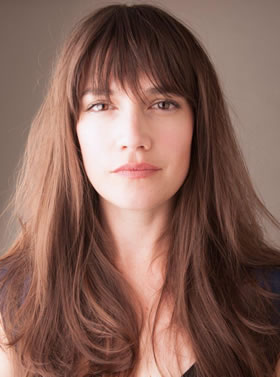 Megan, you play Zena, the protagonist, In THE NINTH CLOUD. How would you describe her?

Zena is a young woman living with an incredible amount of chaos in her heart, desperately seeking the answers to life’s great questions in order to circumvent the pain that she feels from the loss of her parents, from being all alone in the world. She’s delicate but tries desperately to keep that hidden from the world and the people she’s chosen to let in her to life. She’s eccentric, vulnerable, bold, compassionate, guarded and naive.

What challenges did you face portraying such a complex character?

All of us are complicated, so when as an actress you get your hands on a gem like Zena, you just have to bring everything you’ve got to her. Let her come undone, be messy, contradict herself – live between the black and white.

There’s a heightened quality in Jane’s storytelling, so I guess the biggest challenge was to do the work, then just trust and go for it. I don’t always work this way, but honestly when we found her shoes and her coat and I chopped my long hair off into a bob, I felt like “Ooh Whee! There she is!” Zena is a beautiful collision of contradictions – she has a freedom and a wild innocence about her that extend only as far as the mask she wears for the outside world. That mask is held in place by the rigidity of her habits, this coat she almost never takes off, and even the sharp angles of her hairstyle.

Playing opposite Michael Madsen, whom Zena is infatuated with, must have been an interesting experience. How did you two get along?

Michael is a marvel and I think people will enjoy seeing something of a softer side of him in this film.

You recently worked alongside Tom Hanks in A HOLOGRAM FOR A KING. Tell us about the experience.

It is all true about Tom Hanks. THE nicest man in Hollywood. Not that I’ve met all the men in Hollywood, but in this #metoo moment, just how upstanding he is speaks even louder. He takes gentleman to the next level. And he’s so good at being a movie star. So gracious. We were shooting in a remote part of Western Sahara and even there, people were clamouring to meet him. Whenever possible, he took time to shake hands, take photos, be Tom Hanks. He’s a wonder. Aaand this is where I confess that I am the president of the Tom Hanks fan club. 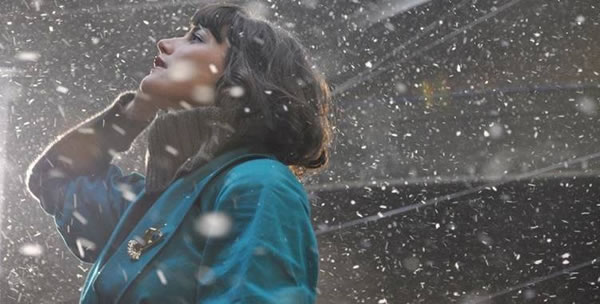 Video game fans will know you from your voice work on HORIZON: ZERO DAWN and BLACK MIRROR. Is this a genre you love to do and will there be more?

Yes, I love voicing video games. It’s a real challenge using only your voice to convey character, usually in high stakes situations. But honestly, my favourite bit is doing the sort of vocal effort noises (running, getting punched, wielding a sword, etc) and death sounds. I once played a vampire character and was doing the ole death-by-stake-to-the-heart number and the director’s note was “Ok great. Now once again, but this time after the sound of impact, let the breath eek out and just before you expire…let’s hear something satisfying in the death.”

You made your break in ME AND ORSON WELLS, playing actress Evelyn Allen. What was the casting process like?

At the time, I was six months out of drama school and didn’t have an agent. I wrote to the casting director, Lucy Bevan and when I heard back with an invitation to audition, I literally jumped up and down. When I was re-called for the role and went in to meet Richard Linklater and the writers Vince and Holly Palmo I was obviously nervous as hell. To feel like I was wearing something new and fabulous, I borrowed a top from my friend. It looked great but had these two silk strips that hung down the front – danger, danger! – and when I went to cross my legs while we were chatting, they got tangled between them. I only noticed this when the top started pulling on my neck so I tried to surreptitiously free the strips. But as I was doing this, I noticed Rick, Vince and Holly quizzically watching me pulling at the silk like a magician doing a trick. Finally, when I freed the strips but no white rabbit appeared I declared, “Well I’m just not sure why I wore this damn shirt!”. They laughed – thank god. And at that moment, I felt something shift in the room that either meant I got the part or they thought I was well and truly out of my mind. A few days later I got the call and off to the Isle of Man I was.

You’re set to play a role in Jane Spencer’s adaptation of the life of the composer Erik Satie, THE VELVET GENTLEMAN. What can you reveal about your role?

It’s a gorgeous script about Erik Satie’s eccentric life, a sort of Midnight in Paris with Jane’s distinctive left angle style. I’m playing one of Satie’s friends and artistic contemporaries, the German dadaist Hannah Hoch. She was a pioneer of the collage and photo-collage art form, a feminist advocating a woman’s right to work creatively in modern society and a fireball critiquing the German government. I. Can’t. Wait. 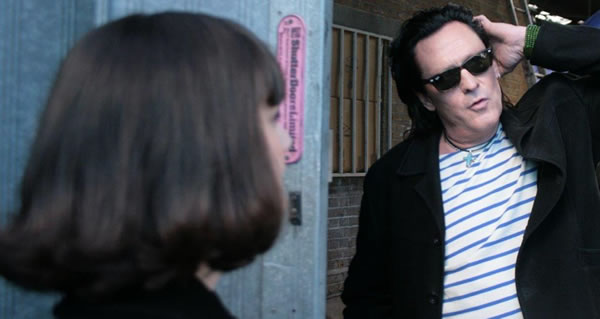 Maczko on set with Michael Madsen

Horror fans will know you from DEADLY VIRTUES and many reviewers praised your ‘brave’ performance. Is this a genre that appeals to you?

Yes and no. Often (at least historically) the horror genre denigrates women either in terms of objectifying them as sexual prey or depicting them as having no agency in their lives, relying on stronger, smarter men to save them – you know, the ones who choose to run up the stairs to certain doom instead of out an open door to stay alive! As far as I’m concerned those kinds of narratives about women can stay in the past.

Conversely, I loved playing Alison in Deadly Virtues because it subverted expectations and genre tropes. Halfway through the film the storyline shifts and she becomes empowered and the hero of her own story. I also relished the challenge of having to go to some dark imaginative places to play this character. Specifically in portraying a bereaved mother, I felt a responsibility to play her inner life truthfully.

You’re originally from the US but have decided to be London-based. What challenges / opportunities does this bring in respect to your career?

For me as an actress, I feel as American as Cate Blanchett is Australian; I’ve played English and European characters and am set to play a German next. I find that variety interesting, challenging and connected to why I got into this crazy profession to begin with. I love British and European cinema; it kind of just all fits for me to be here at the centre of it all.

I suppose my American-ness is fun to get personal with in my work as a writer and director which is inspiring some rather provocative material I’m working on at the moment. It’s definitely an interesting time to be alive!

Well Jane Spencer’s next film, The Velvet Gentleman is coming up this year. Also, I’m finishing up my first short film that I wrote and directed, set in Las Vegas about a woman who learns her estranged father is on his deathbed and has to decide whether to see him before he dies. It’s a prologue to a feature that I’m developing so watch this space.

THE NINTH CLOUD is now available to download from iTunes