On the eve of Horror Channel’s UK TV premiere screening of HOWL director Paul Hyett talks about taking werewolves seriously and what the future holds.

Horror Channel are delighted to be broadcasting the UK TV premiere of HOWL. Are you a fan of the channel?

I’m so thrilled that Horror Channel are showing HOWL. I’m a big fan of the channel, and avidly watch it, some fantastic gems are shown. They’re a great supporter of horror and you can tell it’s a channel made for horror fans by horror fans.

The film is based on an event that happened in co-writer Mark Huckerby’s life. Can you explain?

Yes, Mark was on a late night train, full of the usual stereotypes,. It was hellish, noisy, smelly, a pure journey from hell. And then the train stopped, no reason, no explanation. Everyone was just sat there, in the dark, in the countryside. And then Mark thought, what else could go wrong, ‘ping’ an idea was born. What if, on top of everything else, imagine if werewolves attacked. A fitting end to an awful journey.

Jon (GRABBERS) Wright was the original director. Did you worry about taking over someone else’s project?

Yes, I was originally due to do the werewolf effects with Jon directing and that’s where I first met Ed King and Martin Gentles, the producers of HOWL. Jon left the project at exactly the same time Ed and Martin watched my first film THE SEASONING HOUSE at its premiere at FrightFest and they thought I would be a good fit for HOWL, so they got me in for a chat and offered me the film.

What changes did you make when you came on board?

First, I changed the creature straight away, Jon wanted more rat-like feral skinny creatures, I’d always wanted to do big, muscly, massive, fuck-ugly werewolves. Second, I wanted to strip out the comedy and ground it more in reality. Originally it was more of a comedy horror, lots of comedy gags and I wanted to take it away from that. I still wanted to have a dark humour to the film, but comedy horrors are hard to get right and I felt to make it a bit more serious was the right way to go. 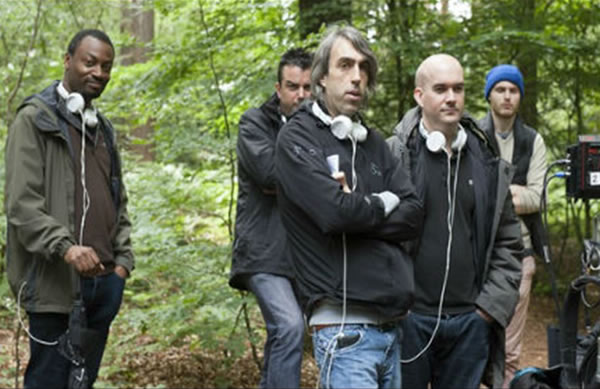 On location with HOWL

Why did you decide to strip out all the supernatural elements usually associated to werewolf creature features? The transformations here are more to do with a sickness, a virus.

We kind of felt we wanted to give it its own mythology, which came with wanting it to be a more serious, more contemporary werewolf movie, that it was virus in the blood rather than changes with the moon, silver bullets etc. I was worried that having those mythologies with such a contemporary cast and setting may not work as well. So that was the thinking.

As you said, you pulled back on the humour. Was this because you felt the concept was inherently amusing anyway? What is your take on comedy horrors in general?

I kind of feel with comedy horrors, it’s the hardest sub type of horror to do. AN AMERICAN WEREWOLF IN LONDON, got it perfect, the balances in dark humour and terrifying scenes, kills, transformations, everything was spot on and one of my favourite horrors of all time. But since then, so many people have attempted to get that same balance and failed. So with HOWL we felt, take the comedic elements right back and just try to do our own take, and not go down the comedy horror route and concentrate on it being a grounded contemporary werewolf movie.

Was it important someone with a strong prosthetics effects background, like yourself (well known for THE DESCENT, THE WOMAN IN BLACK etc), directed HOWL?

It was a bonus for Ed and Martin to have a director that understood prosthetics, creature suits, animatronics, when to use puppets etc. Also, I’ve worked closely with VFX in the past so I understood the restrictions and challenges in working with part practical werewolves with CGI faces and working in a full green screen environment. Most of HOWL was shot in a green screen studio (apart from the end), we had something like 350 VFX shots, and when you’re shooting a film like this, it’s quite important to understand how prosthetics and VFX work within a green screen environment and making sure you have all the elements and plates you need. 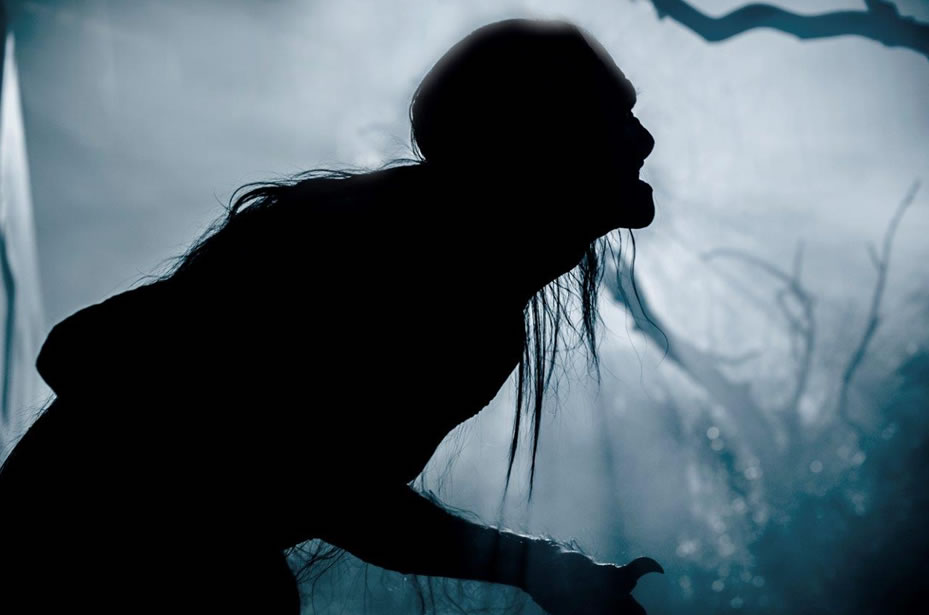 How did you convince Ed Speelers to star?

Ed liked the script and we met and discussed in detail. It was important to him that the film wasn’t a hokey B movie, cheesy werewolves and girls screaming not wearing much etc. He liked that the film was grounded more in reality, his character a broken down normal bloke, his ambition lost, not knowing where he is in life, and suddenly he’s thrown into this situation. It’s a real ordinary man in an extraordinary situation tale and that appealed to Ed.

The highly talented Rosie Day is in every single one of your movies so far, including the forthcoming HERETIKS, Can we expect to see her in future films? And has HERETIKS now completed post-production?

Rosie and I love collaborating on films and we hang out and are great friends. And she’s so versatile as an actress. I’ve been able to use her on all my movies, including PERIPHERAL, my newest film. She’s going all the way to the top, soon I’ll not be able to afford her! HERETIKS is in its last part of post-production and we’re deep in the VFX, Sound and Music, but we’re not far off.

Finally, what projects are you currently working on?

I’m full on in post on both HERETIKS and PERIPHERAL. Both films are heavy in VFX, especially PERIPHERAL, which is set in the dark world of technology. Also I’m developing a few new horrors. Hopefully, we’ll be announcing the next one soon!