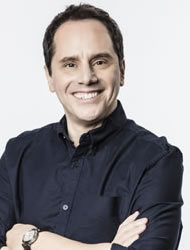 Dubbed “The Man of Steal”, James Freedman is widely acknowledged as one of the world’s best pickpocket entertainers, who has performed in front of audiences worldwide.

No wonder then that his hands have been insured for £1 million.

In the corporate arena, he is in great demand as a speaker and educator on the subjects of identity theft and cyber crime, and has been appointed by the City of London Police as the UK’s first Fraud Prevention Ambassador.