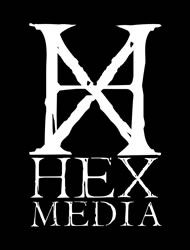 With five completed feature films under their belt and  many more in the works, they’ve made quite a splash in the five years since inception.

From WHITE OUT, their micro-budget dystopian debut, to the award-winning supernatural drama LORD OF TEARS and their three most resent releases, THE UNKINDNESS OF STRANGERS, BLACK GLOVES and AUTOMATA, they continue to push the boundaries of the horror genre.