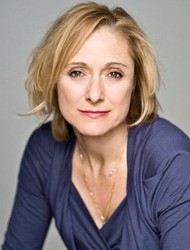 Caroline Goodall, the only British actress to star in two Steven Spielberg films (Hook, Schindler’s List), is internationally renowned for her lead performances in Hollywood blockbusters and UK TV dramas: but she is also a burgeoning influence behind the camera.

Her latest film – a first time outing as writer and lead producer – is THE BAY OF SILENCE, a haunting psychological thriller, based on the novel by Lisa St Aubin de Terán, which will be released in the UK in September 2020.