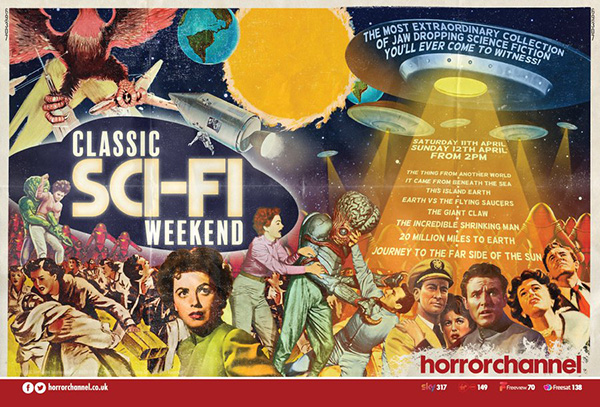 Horror Channel also celebrates the Sci-fi B-Movie with a CLASSIC SCI-FI WEEKEND, featuring the channel premieres of mutant octopus-rampaging IT CAME FROM BENEATH THE SEA, Fred F. Sears’ saucer-invading caper EARTH VS THE FLYING SAUCERS, Sears’ rampaging alien bird yarn THE GIANT CLAW, Jack Arnold’s thought-provoking classic THE INCREDIBLE SHINKING MAN and Nathan Juran’s Ray Harryhausen inspired 20 MILLION MILES TO EARTH. Broadcast on Saturday 11 April and Sunday 12 April from 2pm, the season also includes more strange creatures and alien invaders with THE THING FROM ANOTHER WORLD, THIS ISLAND EARTH and JOURNEY TO THE FAR SIDE OF THE SUN.

Saturday 11 April @ 14:00 – THE THING FROM ANOTHER WORLD (1951)
When scientist Dr. Carrington (Robert Cornthwaite) reports a UFO near his North Pole research base, the Air Force sends in a team under Capt. Patrick Hendry (Kenneth Tobey) to investigate. What they find is a wrecked spaceship and a humanoid creature (James Arness) frozen in the ice. They bring their discovery back to the base, but Carrington and Hendry disagree over what to do with it. Meanwhile, the creature is accidentally thawed and begins wreaking havoc. 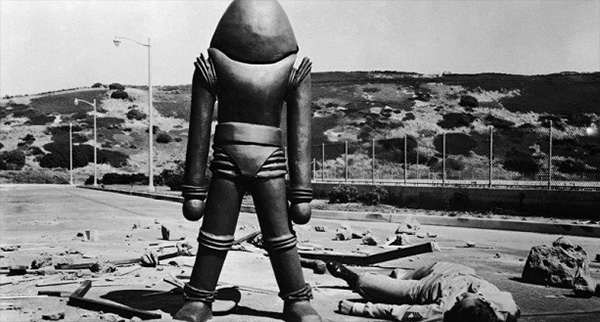 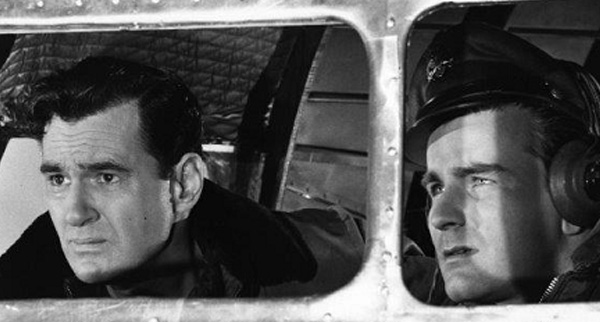 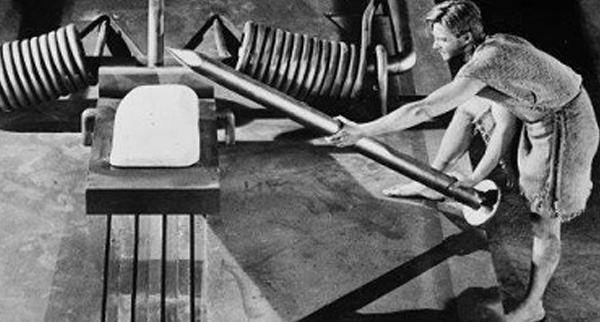 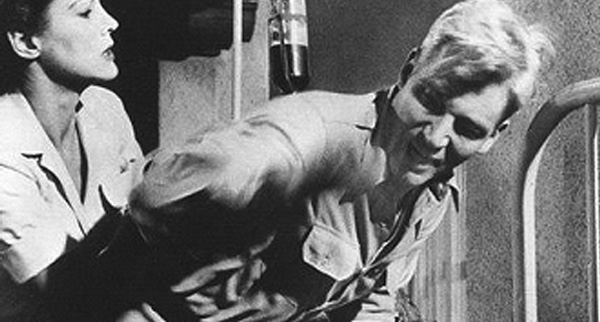 Two astronauts unravel more than a mystery when they set out to explore a newly discovered planet hidden; there are two weeks left before two planets collide, but Russia and the USA refuse to co-operate.