Dario Argento and The Soska Sisters to attend

The UK’s biggest and boldest horror and fantasy film festival is celebrating its 20th bloody year. Since 2000 it has made its indelible mark, not only on the ever-burgeoning horror community but also on the UK genre landscape as a whole. The internationally renowned event leads the way in attesting to the versatility of the genre, its reinvention and its growing importance in the cultural landscape and this year is no exception. 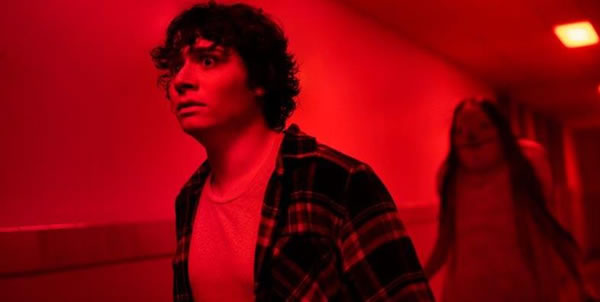 Scary Stories To Tell In The Dark

Making their second, very welcome appearance at the festival will be The Soska Sisters, attending for the World Premiere of RABID, their eagerly anticipated re-imagining of the Cronenberg classic. The sisters will also introduce a special retrospective screening of the original. Also attending is the legendary Dario Argento, here for a special screening of his giallo masterpiece TENEBRAE. He’ll also be in conversation with Festival co-director Alan Jones and signing copies of his autobiography, ‘Fear’, which Jones has adapted and edited. More attending guests will be announced later this month. 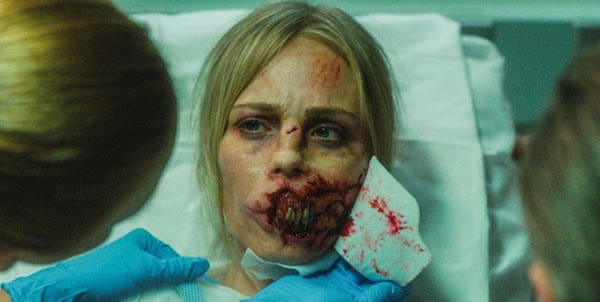 FrightFest’s 20th year sees the return of directorial alumni like Adam Egypt Mortimer with his provocative psychological horror DANIEL ISN’T REAL, Christian Alvart with his twisted blockbuster CUT-OFF, Lucky McKee with the startling KINDRED SPIRITS, starring Thora Birch, Joe Begos with his terror trip BLISS, Larry Fessenden with DEPRAVED, a post-modern take on the Frankenstein legend, Padraig Reynolds with belligerent creature feature DARK LIGHT, producer Eli Roth with the grindhouse-inspired HAUNT, The Pierce Brothers’ bring us their chiller THE WRETCHED, Dan Bush is back with seat-edge shocker THE DARK RED, Jordan ‘Zombeavers’ Rubin teases us with tongue-in-chic horror comedy THE DRONE and ‘Level 16’ director Danishka Esterhazy gives us her fun-packed body-counter THE BANANA SPLITS. There is also the UK premiere of GIRL ON THE THIRD FLOOR, the directorial debut from returning producer Travis Stevens and DARLIN’, the directorial debut of past FrightFest ‘darling’ Pollyanna McIntosh Plus, those fur balls with teeth are back. CRITTERS ATTACK!, with original star Dee Wallace, will enjoy its UK Premiere.

The genre scene in the UK continues to innovate and thrive, reflected in this year’s FIRST BLOOD strand. Life coaches become dead coaches in Staten Cousins-Roe’s gem of a feature debut A SERIAL KILLER’S GUIDE TO LIFE and Graham Hughes’ viral mockumentary DEATH OF A VLOGGER, gives the found footage format a much-needed shot in the arm. Then there’s Samuel Gridley’s darkly funny CRIMINAL AUDITION, Magnus Wake’s cleverly plotted and heart-pounding DARK SENSE and making up the fearsome five is Fredi Nwaka’s ARE WE DEAD YET, a cleverly crafted supernatural comedy-crime thriller.
Other home-grown selections include the European premiere of TALES FROM THE LODGE Abigail Blackmore’s portmanteau shocker, starring Mackenzie Crook and Johnny Vegas, Carl Strathe’s disturbing DARK ENCOUNTER, starring Laura Fraser and Alice Lowe, and the world premiere of Charlie Steeds’ flesh-eating horror THE BARGE PEOPLE. There are also world premieres for Justin Edgar’s nail-biting suspense thriller STALKED (AKA ‘Unseen’), Tom Paton’s heightened horror STAIRS and producer/director Lawrie Brewster’s FOR WE ARE MANY, in which directors from around the world unleash a legion of demons. And let’s not forget director Jack McHenry, who makes a welcome return with his crowd-pleasing HERE COMES HELL, which made huge waves at our Glasgow edition earlier this year. 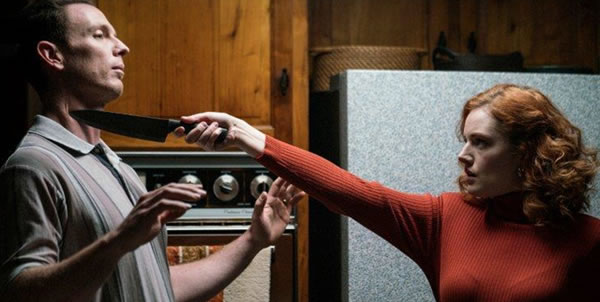 Another country with a fine FrightFest pedigree is Argentina and this year is no exception; with the World Premiere of producer Javier Diment’s chilling chamber piece ROCK, PAPER SCISSORS, plus the European premiere of Herman Finding’s IMPOSSIBLE CRIMES and the UK premiere of Pablo Pares’ apocalyptic powerhouse I AM TOXIC.

The global cabinet of fear holds more…Tunisia is represented for the first time with the UK premiere of DACHRA, an intense folk horror that has broken box office records in North Africa and Japan offers up a forgotten musical cult gem from 1985 – THE LEGEND OF THE STARDUST BROTHERS. Ireland’s entry is Paddy Murphy’s THE PERISHED. Mixing horror and pertinent social issues, the film marks the debut of a new Irish genre voice.

Further indie discoveries on the monstrous menu are: Australian chase chiller THE FURIES, the elegantly scary THE SONATA, social media shocker DEADCON, DRIVEN, a smart, meter-running battle against evil, Eric Pennycroft’s brooding SADISTIC INTENTIONS, with Larry Fessenden, the horrifying Christmas cracker I TRAPPED THE DEVIL, the quirky, cutting FINGERS and THE DEEPER YOU DIG, a Coen-Brothers-esque story of grief and survival  from Toby Poser and John Adams.

Documentary lovers will enjoy Dima Ballin’s THE MAGNIFICENT OBSESSION OF MICHAEL REEVES, charting the life and early death of the man who gave us WITCHFINDER GENERAL and two documentaries from director David Gregory, MASTER OF DARK SHADOWS , an in-depth look at the talents of Dan Curtis, the ‘King of TV horror’ and SICK! SAVAGE! SENSUAL! THE REEL LIFE AND GHASTLY DEATH OF AL ADAMSON, which tells the bizarre and grim demise of one of Hollywood’s exploitation bad boys. 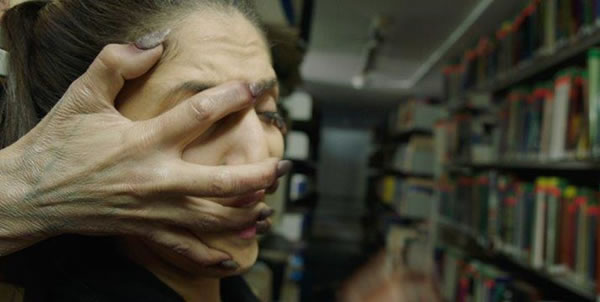 In a first for FrightFest, there will be a special preview of MAN OF MEDAN, the first game in The Dark Pictures anthology. This will be followed by a Q&A session with the key development talent behind the game. The much anticipated interactive narrative horror adventure, developed by Supermassive Games and published by Bandai Namco Entertainment Europe, brings supernatural horror on board a ghost-ship adrift in the South Pacific. It is set to be released for Microsoft Windows, PlayStation 4 and Xbox One Aug 30, 2019.

Festival co-director Alan Jones, said today: “Over the last two decades we have tirelessly introduced our committed audiences to every trend, every new talent and every innovation that has put horror back in the collective cinephile conscious. Even after 20 years. FrightFest’s August event remains a key destination to see the latest genre movies in the manner for which they were made – on the Big Screen surrounded by fellow fear-mongers. Remember, it’s our party and we’ll scream if we want to!”

Festival passes will go on sale Sat 6 July at noon and will only be available to buy online:  http://www.frightfest.co.uk/tickets.html

Single tickets will go on sale on Sat 20 July from 9am. 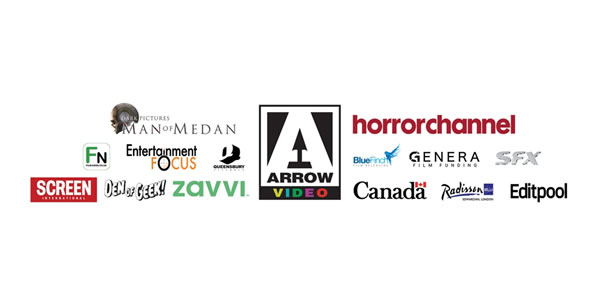