A celebration of the festival’s past ‘trophy’ films. 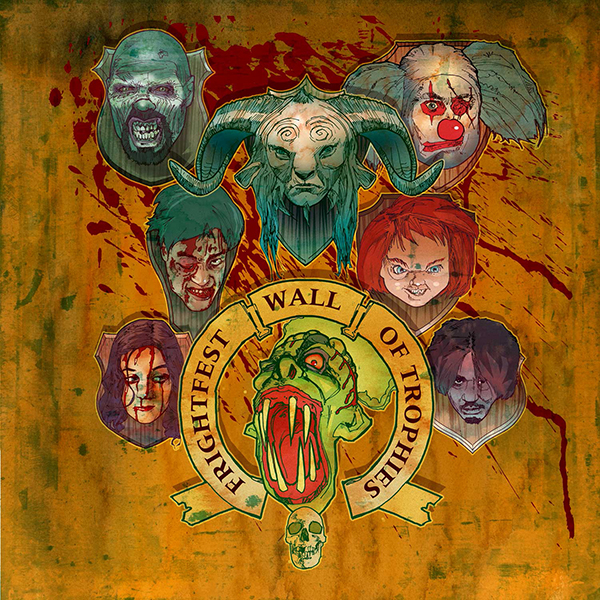 Arrow Video FrightFest is proud to present Graham Humphreys’ stand-out poster design for 2022, which marks the 14th appearance for his iconic Monster.

Graham revealed today: “The predominant theme is a celebration of past ‘trophy’ films. I took my inspiration references from an old paperback cover ‘Vincent Price presents: The Price of Fear’, in which Vincent’s head is depicted mounted on a wooden shield. It seemed the perfect way to represent the films, with key portraiture represented as mounted heads. Rather than mount the head of the regular FrightFest monster, I thought it would be fun to turn him into the roaring lion of MGM’s familiar mascot!”

This year’s line-up of films will be announced on Thursday 14th July.