Famous monsters rise again! To celebrate the Halloween weekend on Sat 30th October and Sunday 31st October, Horror Channel presents CLASSIC HORROR HALLOWEEN, two diabolical daytime marathons highlighted by five channel premieres, including BRIDE OF FRANKENSTEIN, the celebrated sequel to the 1931 classic with Boris Karloff reprising his role as the monster, FRANKENSTEIN MEETS THE WOLFMAN, featuring the original Wolfman, Lon Chaney, Jr. and Bela Lugosi as Frankenstein’s monster, THE INVISIBLE MAN, in which Claude Rains delivers a remarkable performance in his screen debut, Christy Cabanne’s frightening chiller masterpiece THE MUMMY’S HAND and REVENGE OF THE CREATURE, the sequel to Universal’s fabulously successful The Creature from the Black Lagoon, which is also part of the weekend’s monstrous menu.

Other immortal classics featured are Ted Browning and Karl Freund’s DRACULA, starring Bela Lugosi as the infamously seductive Count, James Whale’s genre-defining FRANKENSTEIN, starring Boris Karloff, Karl Freund’s mesmerising THE MUMMY, with Boris Karloff further establishing himself as one of the great horror stars in film history, THE WOLF MAN, with Lon Chaney, Jr. as the original werewolf and the pulp horror classic CREATURE FROM THE BLACK LAGOON.

This horror classic stands as the most famous and celebrated film version of the popular vampire story. Bela Lugosi delivers a star-making performance as the titular villain – his erudite, refined Dracula is at once alluring and terrifying. While director Tod Browning an effectively and haunting atmosphere. Also stars Edward Van Sloan as Dracula’s arch enemy, vampire-hunter Van Helsing.

Considered by many to be the greatest horror film of all time, director James Whale’s masterpiece tells the story of a maniacal scientist whose obsession with creating a living being from dead body parts leads to a tragic and shocking end. Adapted from the gothic novel by Mary Shelley, the film made Karloff a star and ushered in a new era of horror. It’s been selected by many critics as one of the top hundred films of all time. 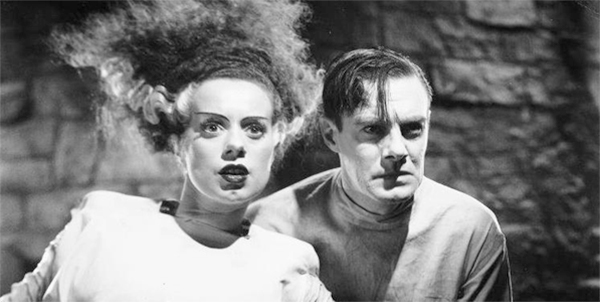 Lon Chaney, Jr. is the original Wolf Man, forever cursed to roam the countryside as a werewolf. The atmospheric direction and moody soundtrack make “The Wolf Man” as frightening today as it was when it was released. This chilling film introduces another iconic character into the pantheon of classic horror film monsters and villains.

Two of the silver screen’s most fearsome creatures battle it out when the Wolfman (Lon Chaney reprising his role) seeking to end his curse, looks to the notorious Dr Frankenstein for a cure. However, his mission pus him on a collision course with Frankenstein’s monster, played by Bela Lugosi. 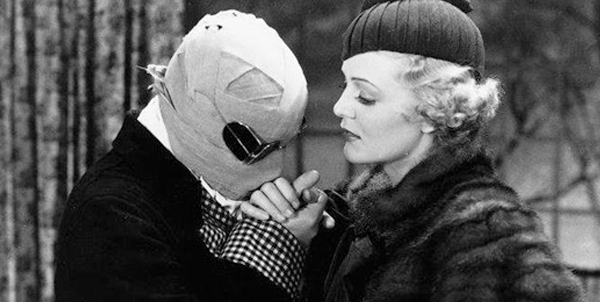 Claude Rains plays a mysterious doctor who discovers a serum that makes him invisible. Covered by bandages and dark glasses, Rains arrives at a small English village and attempts to hide his amazing discovery. But the same drug that renders him invisible slowly drives him to commit acts of unspeakable terror. Based on H.G. Wells’ classic novel and directed by the master of macabre James Whale, The Invisible Man not only fuelled a host of sequels, but also features some special effects that are still imitated today.

Boris Karloff solidifies his status as one of the greatest horror stars in film history with his terrifying yet surprisingly poignant performance as high priest as Imhotep, a 3,700 year old mummy who wreaks havoc upon the members of the British field expedition that disturbed his tomb. Featuring ground-breaking innovations in make-up that are used to chilling effects, the film earns its place in the canon of classic horror cinema. 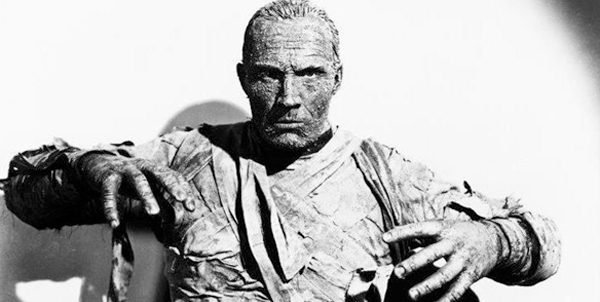 Two broke archaeologists, Steve Banning (Dick Foran) and Babe Jenson (Wallace Ford), head to Egypt to uncover the legendary sarcophagus of Princess Ananka. Not only is the tomb cursed, it has its own guard – an eternal mummy named Kharis! When expedition members start dying at the mummy’s hand, it’ll take wits and courage to survive the undying horror uncovered under the sands.

American scientists get more than they bargained for on an amazon expedition when a dark tributary turns up a prehistoric man with gills. The half man/half amphibian breaks free after being captured, stealing away the only woman on the crew. This well-crafted creature feature introduces us to one of the most iconic movie monsters of all time. 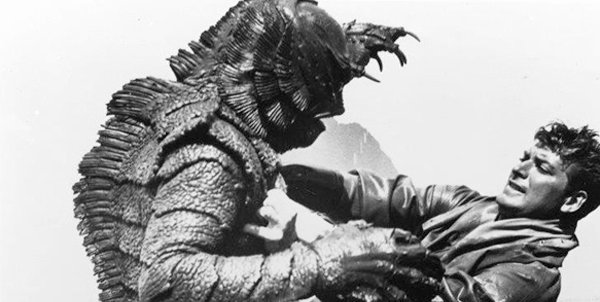 Two oceanographers (John Bromfield and Robert B. Williams) capture the creature and put him on display. Here the hapless Gill-Man is taught a few words of English by compassionate ichthyologists, John Agar and Lori Nelson. Eventually, however, the creature reverts to type, kills one of his captors and goes on a rampage, managing to abduct the heroine and carry her off. Intense underwater photography and practical effects make “The Revenge of the Creature” a horror classic.