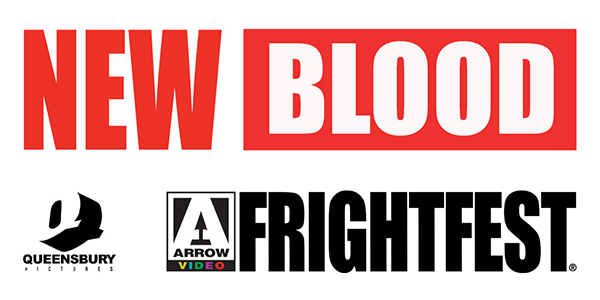 As Arrow Video FrightFest stalks the dark recesses of the big screen again, the search resumes for new writers in the horror genre through its New Blood initiative. New Blood reunites FrightFest with Giles Edwards of Queensbury Pictures with its mission to find emerging UK-based writers dedicated to the genre and nurture their projects from script to screen. Queensbury is ultimately interested in buying the finished script rather than the idea, and so, this year all successful final candidates if selected should be able to send even a rough draft of the first ten pages of their script through with their acceptance.

Already the scheme has delivered two new projects: Broadcast Signal Intrusion, written by Phil Drinkwater and Tim Woodall and directed by Jacob Gentry (The Signal) which World Premiered to enormous acclaim at SXSW 2021 and will come home to screen at FrightFest this August and The Change, written by Carina Rodney and optioned by acclaimed producer Jennifer Handorf (The Borderlands, The Chamber).

Giles Edwards of Queensbury Pictures said, “Having already achieved the initial aim of New Blood, with the discovery of the phenomenal script Broadcast Signal Intrusion from Phil and Tim which then exceeded our wildest expectations as a finished feature, and the amazing Jennifer Handorf falling for Carina’s *absolutely wild* The Change, we’re more adamant than ever that the cream of UK genre writing talent is out there, just waiting for the opportunity to wrench our collective gut with their visions of true terror.”

Greg Day, co-director of FrightFest added, “For FrightFest to be continuing to support and enable aspiring scriptwriters to have this opportunity is very gratifying, especially as Giles and Queensbury Pictures have proved that they really mean business and are not just playing industry lip-service. Good luck to the New Blood class of 2021.”

The New Blood networking and workshop event will be held on Thursday 26 August, the opening day of this year’s festival, in a Central London venue.

Applications are open from Monday 12th July with potential participants asked to submit a 400 word proposal through the dedicated New Blood page on the FrightFest website and if selected, each writer is expected to submit the first ten pages of their script idea. The deadline is Sunday 26th July.  All successful applicants will be notified by the 31st of July and then will be requested to send over their sample script pages. All participants are expected to pay for their own travel and accommodation.

For full application requirements and to apply:

Dubbed “the Woodstock of Gore” by director Guillermo Del Toro, FrightFest, set up in 2000, has grown in size and stature since its cult roots at the Prince Charles Cinema and today is internationally renowned for discovering exciting and original horror fantasy genre films and for supporting the talent behind them, helping to launch the careers of such directors as Simon Rumley, Christopher Smith, Eli Roth, Neil Marshall and Simon Hunter.

Over the years the festival directors, Greg Day, Alan Jones, Paul McEvoy and Ian Rattray, have developed FrightFest into a brand leader for horror film, expanding its footprint in the UK by hosting special events throughout the year and joining forces with the Glasgow Film Festival, where they run an established three-day event. They have teamed up with FAB Press to publish a series of ‘The FrightFest Guide To…” books and have an exclusive partnership with Signature Entertainment to release films under the festival’s thriving label ‘FrightFest Presents’. You can catch the documentary FRIGHTFEST: BENEATH THE DARK HEART OF CINEMA on Amazon.