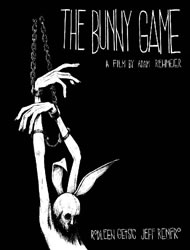 Trinity X planned a UK home entertainment release of Adam Rehmeier’s controversial film THE BUNNY GAME in 2012 but it was banned by the BBFC, who demanded excessive cuts.

Described as ‘taking psychological and physical terror to new extremes’, the film did eventually get a US release unchallenged.